Roger Williams Park is nearly 250 years old. Many things that were once part of the Park have ceased to exist or have been transformed or relocated. Below are a few of the lost entities of Roger Williams Park! 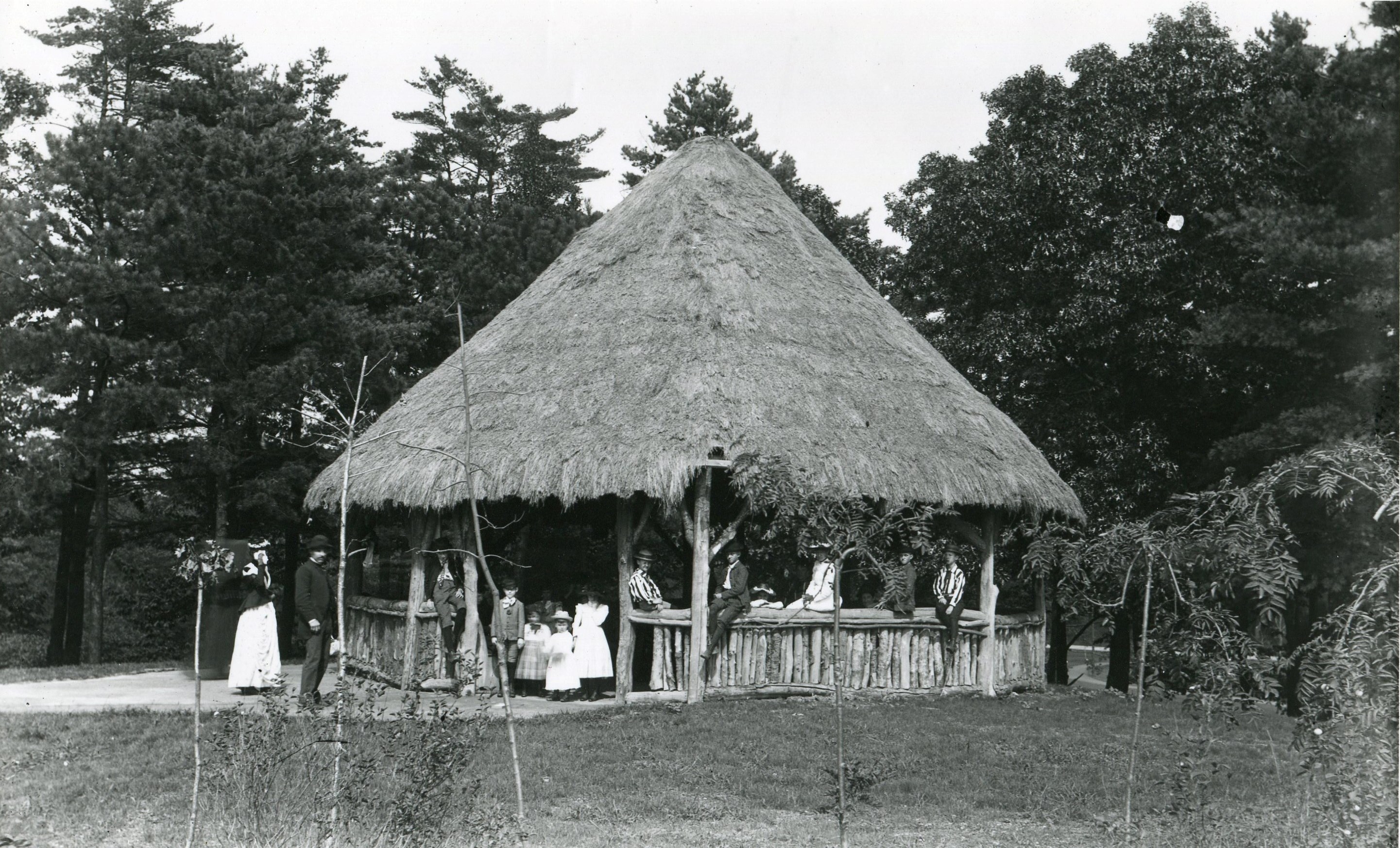 At least three of these rustic structures provided shaded picnic areas and shelter from the rain.  You can still see the foundation of one of the cottages across from the Museum of Natural History. The floral American Flag, located at the Farragut Avenue entrance, used hills and valleys to achieve a “waving effect.” This structure was later replaced by the Dalrymple Boathouse in 1896.

The original merry-go-round featured carved wooden horse with real horse hair tails and a calliope that used flat cards instead of piano rolls.  The current carousel is the Park’s third. Owned by the Union Railroad Company, the Cafe was replaced by the Casino in 1896.. Located on what is now part of Roger Williams Park Zoo, the race track was used year-round, with horses pulling sleighs and kicking snowballs up and down the track in wintertime. Zoo exhibits were part of the Park proper. Monkeys were housed on an island in the Park and the Seal House was home to sea lions. Generations of RI children visited these two characters during the holidays.