Swans By Day And Night

Have you seen the gigantic spider that’s taken up residence in Roger Williams Park? The enormous arachnoid temporarily lives behind the Boathouse …

While Indian summer fills the Park with visitors enjoying the last days of summer, Allen and Cynthia Days, who run the Swan Boats, have been hard at work behind the scenes, constructing the floating tunnels they’ll launch for the Illuminated Swan Boat nights this fall. They began lighting up the swan boats and extending their season in 2009, coinciding with the Jack-O-Lantern Spectacular at the Zoo. The center of their spidery operation is behind the historic Dalrymple Boathouse where Allen and Cynthia build these floating masterpieces and come up with new ways to entertain visitors each year.

There is no added fee to ride the Illuminated Swan Boats; a night ride with lights costs exactly what you’d pay during their regular season. The Days’ simply want to make it a more unique and entertaining experience for visitors – though if you arrive early in the evening, you can get the Early Bird special (get it?), and avail yourself of an extra loop of sailing before the crowds arrive.

The Days’ first launched their boating business in downtown Providence. Allen and Cynthia launched Providence’s Venetian Gondola business down city in 1997; Allen was Providence’s original gondolier! They had first developed their idea in Marco Island, Florida, seeing the island’s waterways and canals. When their first child was born and they were spending time at Women and Infants, Allen noticed the revitalization of Providence and thought, “What if we launched our gondolas here in Providence?” Allen was dubbed “Marco” as his gondolier name from his master in Venice, Italy and the business was launched.

From 2002-07, the Days’ ran both the gondolas in Providence and the paddleboats in the park, calling on their expertise as a master electrician (Allen) and (Cynthia) business background. It was a challenge at first, getting the circa-1896 boathouse in ship shape, but these “never say never” types were up to the task, and have introduced improvements and new features along the way. In 2004, they introduced 18 swan boats, in 2009 electric boats, in 2012 the Park’s first trackless train, and in 2015 their pirate ship. 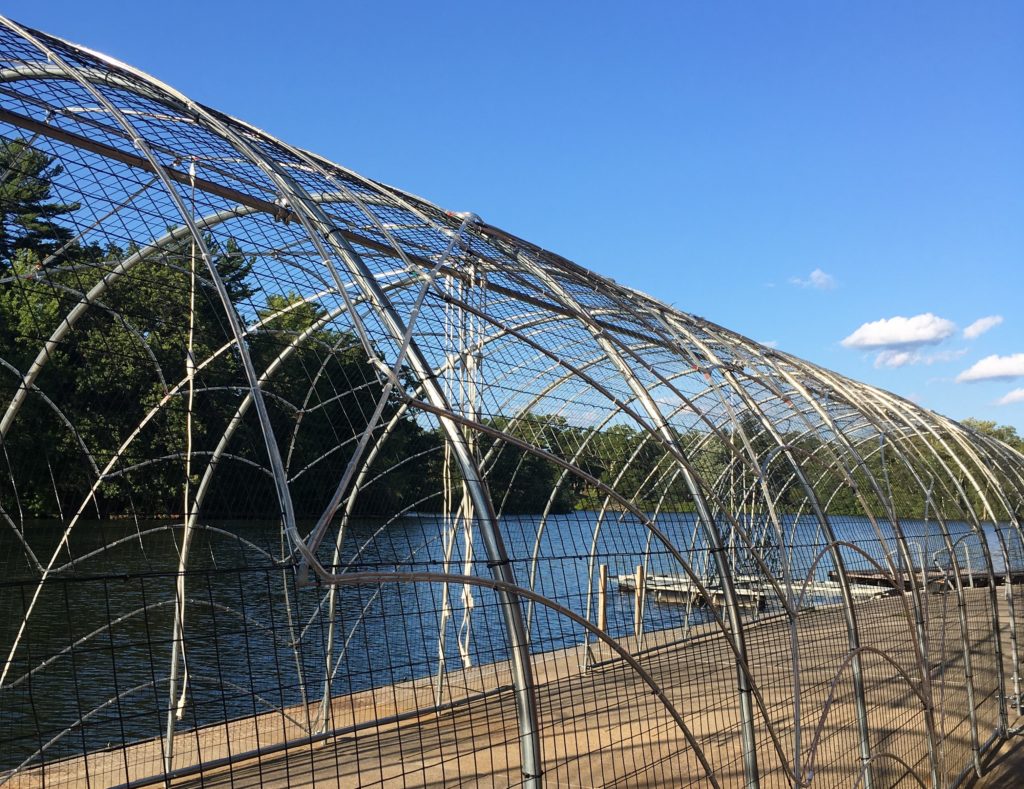 When their family was young, the Days’ decided to sell the gondola business and focus on boating at Roger Williams Park. With five children, the park was the perfect location for a small family business, and through the years, all of their children have worked there. “We saw the potential of this being a great place to have the family involved,” says Cynthia. “It’s been a labor of love and we’ve seen real positive change in the park in our years here,” such as strides in water quality and environmental care. It’s a long way from the Grand Canal of Venice, where he trained, to Willow Lake but Allen appreciates his unique path to the Park. “I like the creativity of it all,” he says. Their family-friendly water display is an original design created by Allen and Cynthia and not seen anywhere else. It’s a labor-intensive process to get everything ready, with weeks of preparation and thousands of cable ties to secure everything in place. Two particular tunnels are each comprised of 8,100 LED lights alone. They are now up to six arches for the illuminated display, from their original two, and they have been working away, to have everything ready in time. Visitors enjoy the spectacle and being part of the moving display!

Cynthia echoes her appreciation for the park which they’ve made a second home. “It’s been such a wonderful enterprise to bring the family into,” she says. “We’re proud to be a small family business and be able to create those personal connections. We’ve met many nice people here that return season after season. This is just a beautiful place to be.”

This creative couple continues to dream big; they plan to open a café at the Boathouse next spring, a fitting way to mark their 20th year in the park.

Thanks to the Days’ for their work getting the night swans ready for their fall debut! We look forward to new surprises in store this autumn and to other innovations in the year ahead!

This year the Illuminated Boats will set sail starting on September 30 and throughout October, staying open from 6-11 at night and located at the dock near the zoo entrance. Early Bird special (extra loop) offered 6-7 pm. During the season, the swan boats are found across from the Carousel and near RWP Zoo. Rides cost $5 for kids ages 1-12 and $10 for 13 and older. See www.rogerwilliamsboats.com for details. 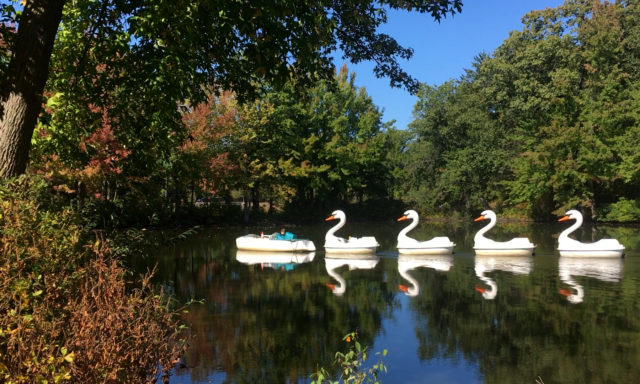